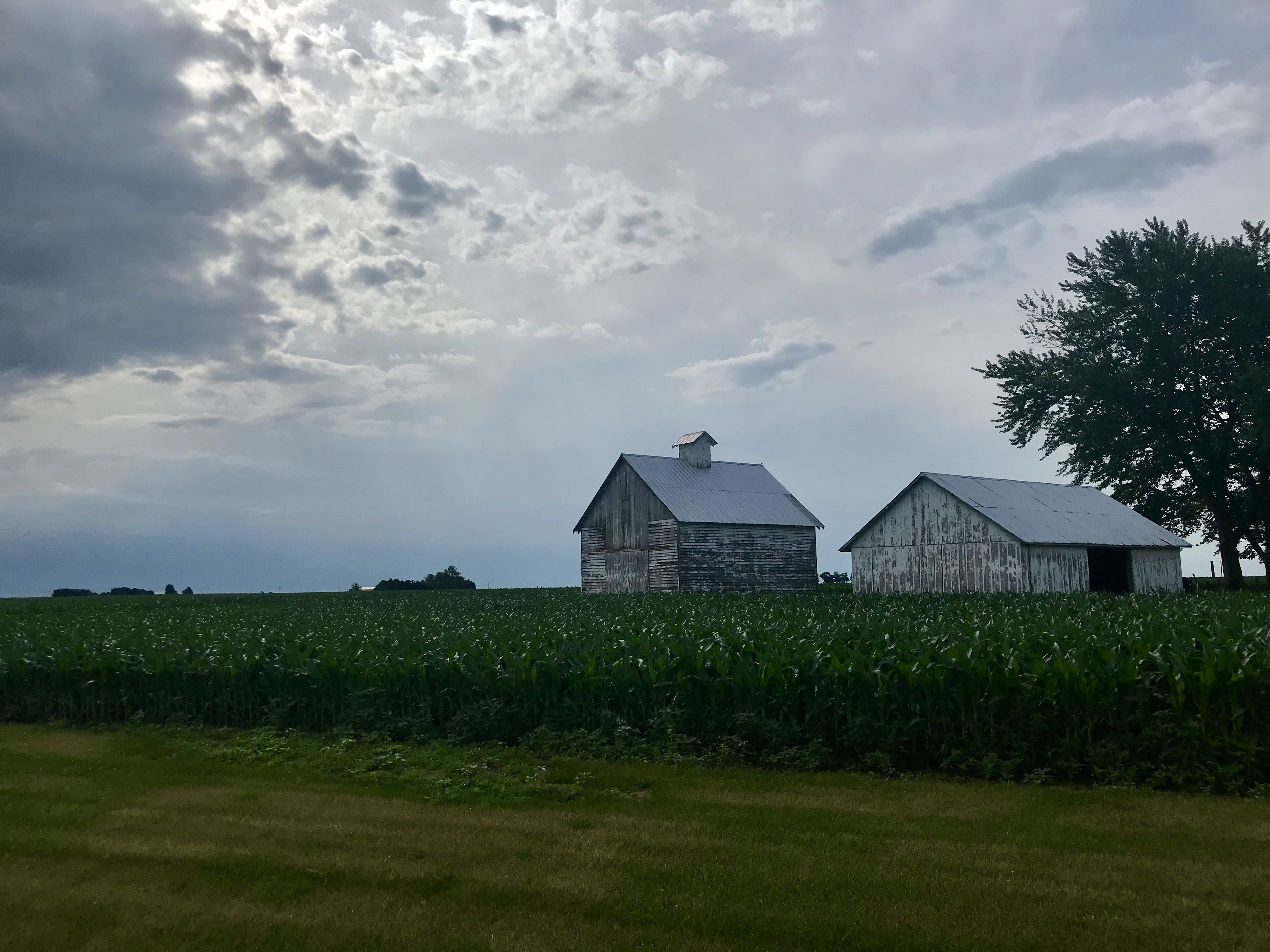 Well I made it to rest day 4 out of 5. I am now in Champaign, IL and am happy to say still EFI for the trip (I have ridden every foot and inch so far). Believe it or not we have only 15 ride days left to the wheel dip in Boston. When I looked on a map earlier tonight to see where we actually are, I realized how far we have actually already come. This week especially felt like a long week, maybe because we have had some headwinds to deal with or simply because the miles add up over time. According to my Garmin we rode 625.5 miles in 7 days at an average of 89.4 miles a day, burning 21,243 calories in the process.

So today my only thought was get to Champaign as quickly as possible and then rest for a day and a half. Unlike yesterday I was all ready and waiting once we had had the morning talk about the route from Paula. Off I went and didn’t see anyone for a good while. It was a little tricky at first turning many rights and lefts to get out of town using side roads but eventually we got onto SR 54 E and stayed on that for most of the day. Eventually Terry, Mike and Rick passed me as they were moving at a really good pace. I managed to jump onto the back of their train and enjoyed the ride for a good 5 miles or so. Eventually a hill got me and I fell off the back deciding I didn’t want to kill myself and with a tail/crosswind I was doing ok alone anyway. After the SAG I took off and soon caught Mike who didn’t seem to be moving as well as he was earlier and had let Terry go on alone. I carried on and spent most of the time looking at Terry’s red rear light in the distance as if marking the route for me to travel.

The scenery was the same mostly as the past few days. Corn fields broken by the odd clump of trees. One difference we have noticed is that Illinois is not short of water. In most of the states we have passed so far there have been dry rivers and streams, artificial irrigation and low lakes. Here there has been flooding near rivers, and the rivers are full and flowing fast.

I wondered if today was going to be the day we finally got wet as I watched the black skies ahead of us all day grown angry and dark. However Luck was with me again and we were spared any rain today. Obviously we can not control the weather so I think one of our biggest fears would be a complete day of storms with no possible riding. Today just threatened from afar but actually turned out to be a pretty good day to ride with cooler temperatures and a wind that didn’t hurt and sometimes helped us.

Barry was in well before Terry and I arrived and was already starting to clean his bike. I joined them and gave Irma a well deserved bath and clean up ready for another week on the road to Erie. So not much to say other than 88 miles completed without problems or bad weather. The Colonel (Barry), Mike One, Terry and I made use of my Uber and Trip advisor apps and headed off to Champaign for dinner. Seven Saints lived up to its ranking and we had a stress free evening befor heading back to the hotel for some well earned rest.

Tomorrow I am meeting up with a fellow WM’er who is visiting me from Chicago just to wish me well. I must admit I am still blown away about all the people who have contacted me offering support and good wishes. So I am looking forward to meeting Don and his wife Mary tomorrow in Champaign.

Well hopefully tomorrow I get a lie in bed and a day off the bike.